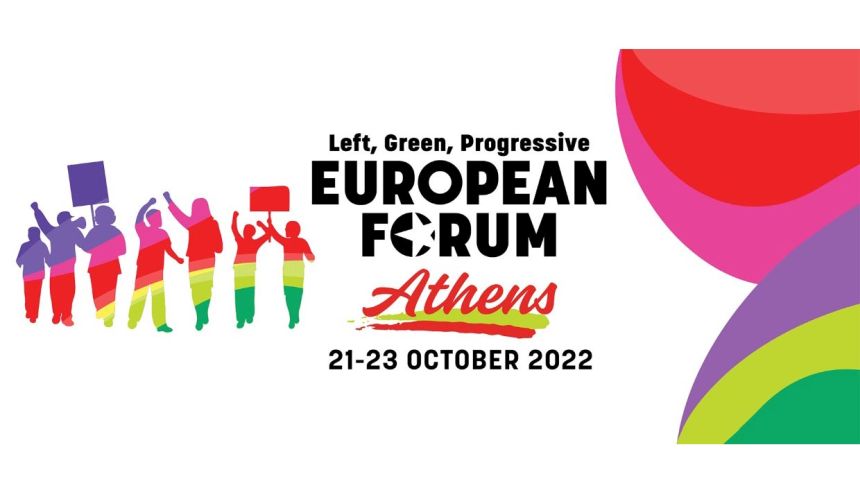 The 6th European Forum of Left, Green and Progressive Forces, will be hosted by SYRIZA Progressive Alliance in Athens from Friday 21 to Sunday 23 October 2022: "For peace, social and climate justice".

The first European Forum took place in 2017, and since then it has been hosted yearly in various countries. It is a significant event with European-wide impact, bringing together politicians, trade unionists, activists, artists, academics, and representatives of think tanks and civil society organizations. While respecting different traditions and approaches, its goal is to pinpoint areas of shared action and engagement by the progressive political and social forces on the pressing issues confronting European societies.

The current context, as defined by the Russian invasion of Ukraine and the war, and its effects on the lives of millions of European citizens, combined with the multi-level crisis, make this Forum all the more important. Its three-days discussions are crucial so that progressive forces can effectively address historic threats to the peace and collective security of the people of the continent as well as global threats affecting Europe and the rest of the world.

The 6th European Forum will take place at the Serafio Centre of the Municipality of Athens and the detailed programme is available on the website of the event: https://europeanforum.eu/programme-2022/