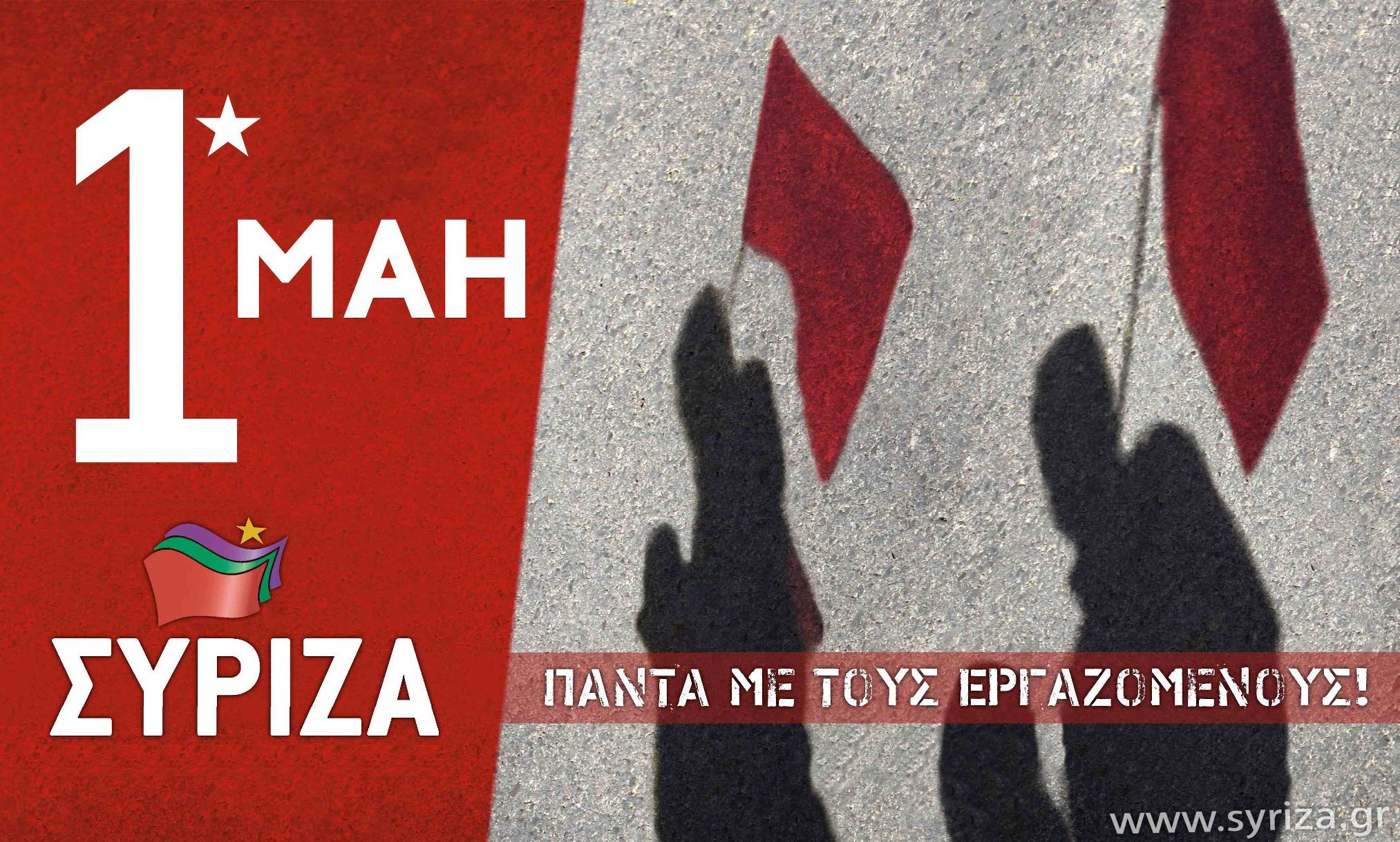 Over a century has passed since 1886, when the workers of Chicago rallied in massive and heroic struggles and paved the way for the establishment of the labor rights and the achievements of the workers in the 20th century. All those achievements are blatantly contested by the actual memorandum policies. Today, we commemorate all those struggles and we also send a message of resistance against the neoliberal policies of the government and the troika, whose main aim is to turn Greece into a labour-rights and social desert.

The workers of Chicago paved the way of victory with many sacrifices and gained labor rights that were considered undisputable until recently.

However today in Greece of neoliberal measures, unemployment has reached 30% while it is double among youths, the 8-hour work day is de facto repealed and the national social service system is dissolved. Public property is sold and there is a stark increase in layoffs. All these constitute a very unstable context where nothing is guaranteed for the workers.

The plans of the Government for the post-European Elections era is a new memorandum which provides the ground for a further collapse of the social insurance funds, new reductions in salaries and pensions while it removes legal protection for collective dismissals. It is obvious that an effort to downgrade the last standing labor rights is taking place.

Against these policies which smash the European people, we set as premise the working class struggles in a European level. We fight for a Europe of Democracy, Solidarity and Social Cohesion. This will be the May of the Left, the month of change and hope in Greece and Europe.