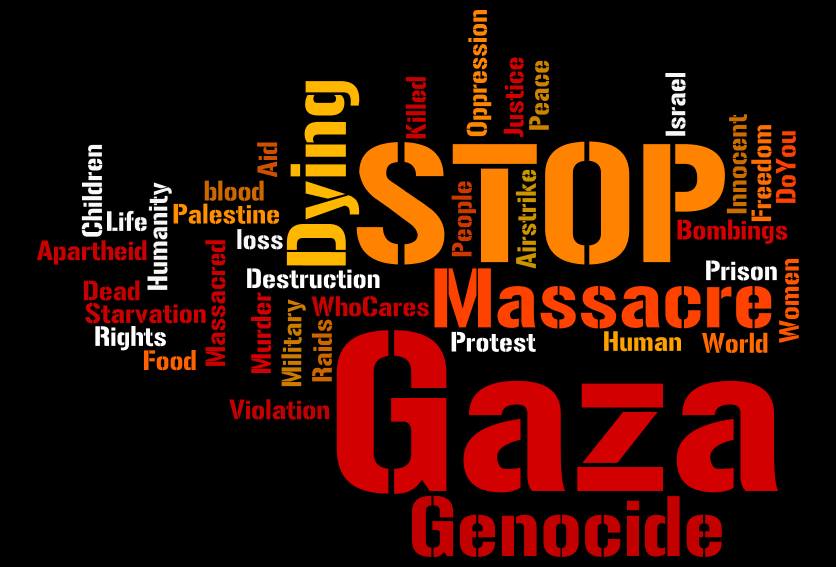 We call upon the Greek Government to implement all available diplomatic means in the EU and UN and in other international organizations and even against the state of Israel so that the ongoing bloodshed in Gaza Strip will be stopped immediately.

It is unacceptable that a state which wishes to present itself as a “rule-of-law state” responds to the despicable murder of three of its youth with a campaign of violence and collective punishment against a whole population, jailed in a narrow strip of land, blocked from earth, sea and airspace even from medical teams and essential medicine and equipment. The international community should not allow this continuing war crime without accountability. A war crime that in its current attack has already lead to hundreds of dead and thousands of injured Palestinians and one dead and injured Israelis. Most importantly it should not be allowed because the vast majority of the casualties are civilians, women and many children among them.

Greek diplomacy based on the principles of International Law and the basic human rights, should pursue the immediate stopping of violence with an active diplomatic activity in the Middle East. Only the active international pressure from governments and peoples can stop the massacre in the Gaza Strip.

The Greek government, detached from so called “balanced policies” and more so from one-sided stance in support of Israel as the “French-German axis” has already taken, should take up international initiatives. Most importantly it should take initiatives in the framework of the EU that finances schools, water systems and hospitals that have been repeatedly bombarded to the ground.

We call for immediate ceasefire, freeing of the prisoners, among them many MPs, lifting of the blockade of Gaza and stopping the settlements. Palestine needs international protection under the auspices of the UN. For starting meaningful talks that will lead to the creation of a sovereign Palestinian state on the boarders of 1967 and to the respect and guarantee of security and the territorial integrity of both states,  the state of Israel and the Palestinian state.

This call is directed to the Greek people and the President of the Hellenic Republic, the Prime minister and the Minister of Foreign Affairs to whom it has been forwarded.