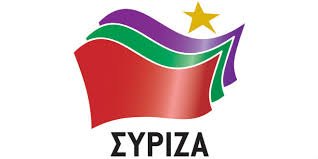 THE CONTEXT OF NEGOTIATION

We demand immediate parliamentary elections and a strong negotiation mandate with the goal to:

On the basis of this plan, we will fight and secure a socially viable solution to Greece’s debt problem so that our country is able to pay off the remaining debt from the creation of new wealth and not from primary surpluses, which deprive society of income.

With that plan, we will lead with security the country to recovery and productive reconstruction by:

We are ready to negotiate and we are working towards building the broadest possible alliances in Europe.

The present Samaras government is once again ready to accept the decisions of the creditors. The only alliance which it cares to build is with the German government.

This is our difference and this is, at the end, the dilemma:

European negotiation by a SYRIZA government, or acceptance of the creditors’ terms on Greece by the Samaras government.

What will happen though until the negotiation is over?

With SYRIZA for a National Reconstruction Plan for the Greek society.

We assume responsibility and are accordingly committed to the Greek people for a National Reconstruction Plan that will replace the Memorandum as early as our first days in power, before and regardless of the negotiation outcome.

The National Reconstruction Plan focuses on four major pillars to reverse the social and economic disintegration, to reconstruct the economy and exit from the crisis.

THE FOUR PILLARS OF THE NATIONAL RECONSTRUCTION PLAN

Our program to immediately confront the humanitarian crisis, with an estimated cost around €2 billion, amounts to a comprehensive grid of emergency interventions, so as to raise a shield of protection for the most vulnerable social strata.

The second pillar is centered on measures to restart the economy. Priority is given to alleviating tax suppression on the real economy, relieving citizens of financial burdens, injecting liquidity and enhancing demand.

Excessive taxation on the middle class as well as on those who do not tax-evade has entrapped a great part of citizens in a situation which directly threatens their employment status, their private property, no matter how small, and even their physical existence, as proved by the unprecedented number in suicides.

The revenue which we expect to collect on an annual basis (between 5% and 15% of the total owed) will be facilitated by the following measures:

That tax will be progressive with a high tax-free threshold. With the exception of luxurious homes, it will not apply on primary residence. In addition, it will not concern small and medium property.

This new relief legislation will include: the case-by-case partial write-off of debt incurred by people who now are under the poverty line, as well as the general principle of readjusting outstanding debt so that its total servicing to banks, the state, and the social security funds does not exceed ⅓ of a debtor’s income.

A net increase in jobs by 300000 in all sectors of the economy – private, public, social – is expected to be the effect of our two-year plan to regain employment. Such a plan is indispensable for absorbing the long-term unemployed, particularly those over 55 years, as well as the young unemployed, who would be largely bypassed by economic growth. Our plan would save funds to expand unemployment insurance to more beneficiaries.

Estimating the cost of the non-negotiable plan of immediate measures to restructure society.

We have calculated the total cost of the immediate programme for confronting the humanitarian crisis as well as the fiscal cost of abolishing monstrous tax measures.

It will be fully covered as follows:

In addition, considering the huge effort that will be required to restore pensions, our government, instead of selling-out public property, it will transfer a part of it to social security funds.

That is the minimum of measures to be taken in order to reverse the catastrophic consequences of the Private Sector Involvement (PSI) on the pension funds and individual bondholders and gradually restore pensions.