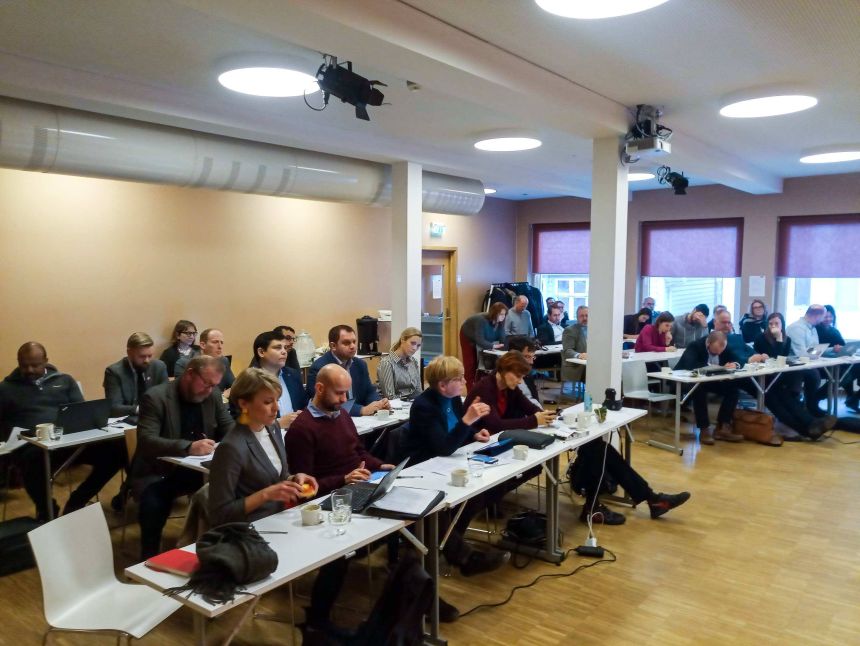 A delegation of SYRIZA, consisting of Yiannis Bournous (Member of the Political Secretariat and Head of European & International Affairs) and Giorgos Karatsioubanis (policy advisor of GUE/NGL Group in the European Parliament) is in Bergen for the "Modern Left Parties Meeting", hosted this year by the Socialist Left Party (SV) of Norway.
The agenda of the meeting includes presentations of the current situation in the various European countries and discussions on labor relations, climate change and the use of social media in political campaigning.

The meeting is also attended by delegations of GUE/NGL Group (European Parliament) and UEL Group (PACE).