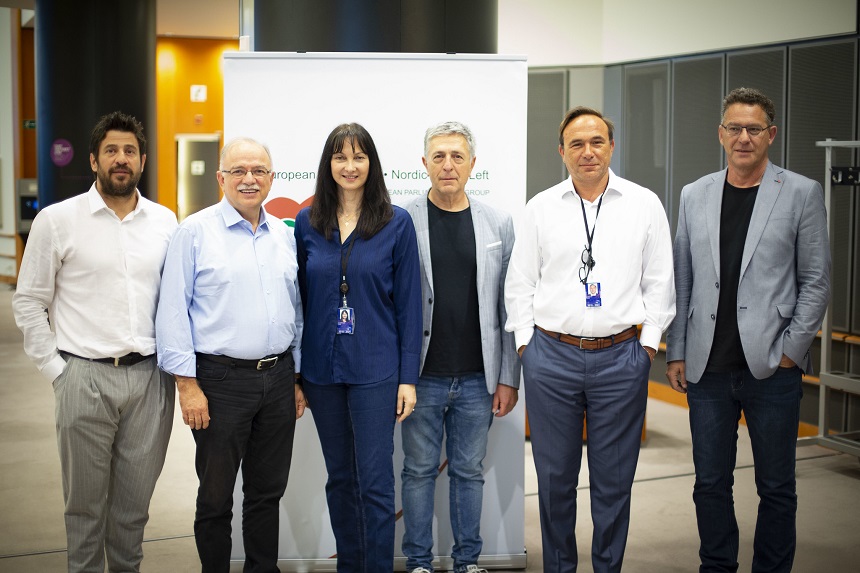 The intimidation of whistleblowers by the majority of the members of the Preliminary Committee of the Hellenic Parliament has one and only purpose: To silence every citizen who obeys his conscientious duty to denounce political corruption and reveal the truth. Against the EU Directives - most recent one 2019/1937 - but also regarding the protection provided by European institutions to whistleblowers, the parties that make up the majority of the Pre-Trial Committee, despite the fierce reaction of the SYRIZA-Progressive Alliance members participating in the Committee, not only attempted to reveal the identity of the two (2) protected witnesses of the Novartis scandal, but also were eager to demonstrate excessive "prosecutorial and policing" methods by issuing a violent indictment for one of the witnesses under the code name "Maximus Safaris" who did not appear today (Tuesday 18 February 2020) before the Committee, claiming that his life is in danger if his identity is publicly disclosed. The police officer who is supposed to protect the whistleblower, with a warrant in his hand, searched for him at his home, in order to forcibly bring him to the Committee. As for the second whistleblower, who is to be summoned tomorrow (Wednesday) 19/2, with a letter, notified EU Commissioner for Justice, Fundamental Rights and Citizenship Didier Reynders, will not appear in the Committee, after stressing that: "It is certain that her identity will be revealed and leaked, and therefore her life and physical integrity will be in danger."
While around the world, the Novartis scandal is one of the biggest scandals that have come out, in our country witnesses who have helped uncover the scandal in Greece are being prosecuted. The same applies for prosecutors who have uncovered the scandal. The message is clear: Anyone who reveals the truth is prosecuted, against the Greek and EU Rule of Law, the European Court of Human Rights, and against any ethics that has historically imposed the disclosure of the truth.
MEPs of SYRIZA-Progressive Alliance condemn the blatant violation of European Law that requires the protection of whistleblowers, who are the modern heroes of our time. We are concerned, that following such behavior by elected MPs of the Greek people, no citizen in the future will disclose any evidence of possible scandals, as long as practice shows that they are in fact, not protected by Greek law. Even at the last hour, we call on all the responsible national and European Authorities to intervene, in order to protect all those who are under attack, simply because they have been conscientious and have done their duty to protect the public interest.