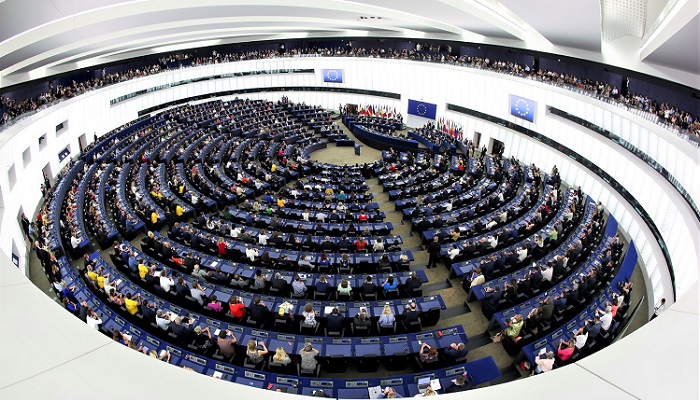 • An emblematic letter of 169 MEPs, from all the democratic political groups of the European Parliament was sent to the EU Leadership with the Active Support and Involvement of the 6 SYRIZA Progressive Alliance MEPs
• The letter is addressed to the European Parliament leadership and it concerns the urgent relocation of the homeless refugees and immigrants of Moria, not towards the Greek Mainland, but in the other 26 EU countries
• SYRIZA – Progressive Alliance MEPs, are once more standing on the right side of history, supporting in every way the real interests of Greece and of Europe

An emblematic letter signed by 169 MEPs, was addressed to the EU Leadership with the Active Support and Involvement of the six SYRIZA Progressive Alliance MEPs, requesting substantial support from the EU to Greece. The request concerns the urgent relocation of the homeless refugees of Moria camp, not towards the Greek mainland, but in the other 26 EU member – states.

This letter was initiated by the German Green’s MEP, Mr. Erik Markquardt, but it is co – signed by members of all the democratic political groups in the European Parliament, both of the progressive side (S&D, Greens and of course GUE/NGL Group), as well as the liberals of RENEW and the European Right: In the long list of the co-signatories there are 10 MEPs of the EPP, the political group to which the Greek governing party of “New Democracy” belongs to, as well as one German MEP who is a member of ECR! However, the fact that the New Democracy MEPs and none of the other Greek MEPs have not co – signed the letter, could raise serious questions.

The wide range of the political groups which followed the initiative, is not the only fascinating aspect of this letter. Top names from the European political scene, such as former EU Commissioner, Danuta Hubner, former Polish Prime Minister and former President of the European Parliament, Jerzy Buzek as well as former S&D leader, Udo Bullmann, have co-signed it. Finally, among the list of high-level co-signatories, one can find the names of the co- Chairs/ Chairpersons of the three political groups (S&D, Greens, GUE/NGL) as well as the Chairpersons of the LIBE (Civil Liberties and Justice) and DROI (Human Rights) Committees.

The above makes even more impressive the fact that the letter, in addition to the substantial support to Greece with specific realistic proposals for the emergency situation after the disaster in Moria, is assessed as an indirect but essential disapproval of the policy of the European leadership and the absence of effective solidarity to the member – states which bear the burden of refugee–migration flows.
“Reconstructing Moria is not a solution, nor is it as solution to create similar conditions in other camps. It will only lead to the same problems that have caused the catastrophe”, as they mention in the letter, raising a pan–European democratic barrier to the supporters of far–right ideas in regards to “deterrence”.

You can find the letter below, in full:

Dear Vice-President Schinas,
Dear Commissioner Johansson, Dear Minister Seehofer,
The fire in the EU’s biggest refugee camp Moria is a humanitarian disaster and a disaster for
Europe as a whole. For far too long, Europe has ignored that the camp was heavily overcrowded and that people had to stay in Moria for years under slum-like circumstances. They had no access to proper sanitary facilities nor to appropriate accommodation. When Covid-19 broke out, not just the infected persons were put under quarantine, but the entire camp. More than 12.000 people were locked in a place where they had no possibility to protect themselves from the virus. The catastrophe was predictable. It is a shame for Europe that it was not prevented.
After Moria burnt down, more than 12.000 people are now stranded without even a tent or a roof over their heads. They urgently need our help. We, the undersigning MEPs urge you to provide immediate humanitarian and medical help, to evacuate the people as swiftly as possible and to provide a sustainable solution for the people of Moria by relocating them to other Member States.
We call on you to support Greece with corona tests of all asylum seekers and locals on the island and with medical personnel and equipment for people with severe disease progression. Many of us, including the President of our House, have already at the beginning of the Covid19 crisis called for an evacuation of the camp and the relocation of asylum seekers from Moria to avoid an outbreak. We acknowledge that it is a challenge to evacuate now more than 12.000 persons at once and encourage you to look into all possibilities. People who cannot be immediately transferred to the mainland could also preliminarily be accommodated in cruise ships, which due to Covid-19 are currently out of operation, before they are relocated. In any case, we call on you to support Greece in providing emergency accommodation for the people of Moria where they can protect themselves from the virus.
We further urge you to ensure the relocation of asylum seekers from Moria to other Member States. Taking care of the people of Moria is not just the responsibility of Greece. Moria is a European refugee camp, and Europe has to stand by its responsibility. Many municipalities and regions in Europe have long declared their willingness to receive asylum seekers from Greece. Since Wednesday night, thousands of people went on the streets to show their solidarity with the people of Moria and to call for their swift relocation. We fully support their call. We call on you to uphold our common European values and to relocate the people of Moria to places where they can find safety and dignified living condition.
Reconstructing Moria is not a solution, nor is it as solution to create similar conditions in other camps. It will only lead to the same problems that have caused the catastrophe.
We call on you to ensure that the upcoming Pact on Migration and Asylum will be based on solidarity and the fair sharing of responsibilities among Member States. We must make sure that a humanitarian disaster like in Moria will never happen again.
We urge you to do everything possible to help the people of Moria and to show European solidarity!