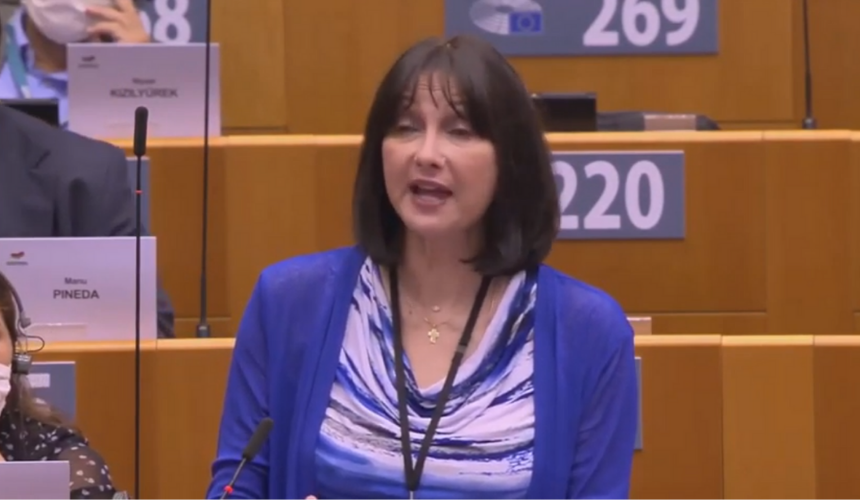 MEP Elena Kountoura, from GUE/NGL (SYRIZA-Progressive Alliance, Greece) sharply criticised the European Union`s stance on Turkish aggression up-to-date, during her speech in the Plenary Session of the European Parliament, and called for the immediate imposition of strong financial sanctions.

The discussion of this crucial issue in the Plenary took place following a proposal by the Vice- President of the European Parliament and head of the SYRIZA-Progressive Alliance delegation, Dimitris Papadimoulis.

While addressing the EU High Representative for Foreign Affairs and Security Policy, Josep Borrell, Ms Kountoura attributed Turkey`s continuing aggressive policy to the fact that the Council has not shown the political will to articulate a strong response to the Turkish threats, and therefore Turkey continues to ignore calls for de-escalation.

Elena Kountoura emphasised that this is a European issue, saying that the Turkish threats are not only directed against Greece, Cyprus or today even against France, but are directed against the Union itself, and "directly threaten the essence of ΕU principles and its core acquis".

She described as provocative the fact that the EU imposes fast-track sanctions on third countries, but at the same time there is no unanimity for strong sanctions against Turkey, which is attacking Europe, and while EU Member-States continue to maintain strong economic ties with this country, and solidarity is given only in words.

"In the face of this external threat, the EU must demonstrate that it can build a strong front for the immediate imposition of strong economic sanctions," she said in her speech, noting that it is the only way for Turkey to understand that against its threats stands Europe, united and decisive.
"This is the only way (Turkey) will abandon its aggressive policy and the opportunity will be granted for real dialogue," Ms Kountoura concluded.