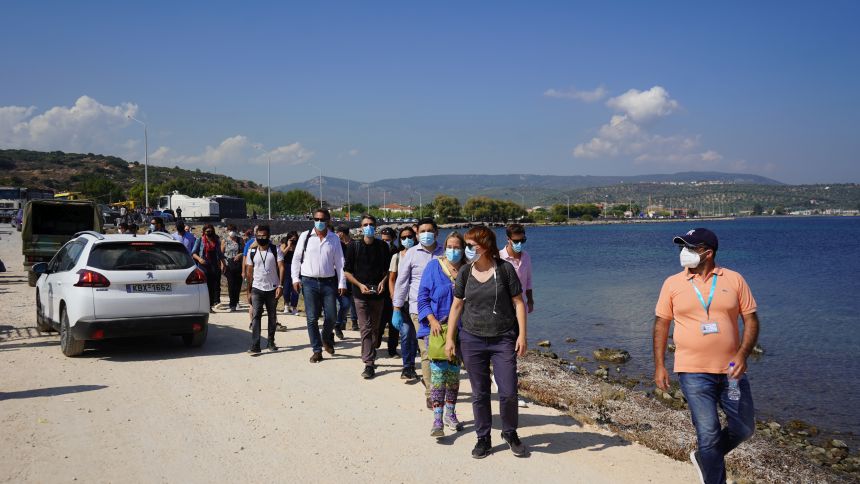 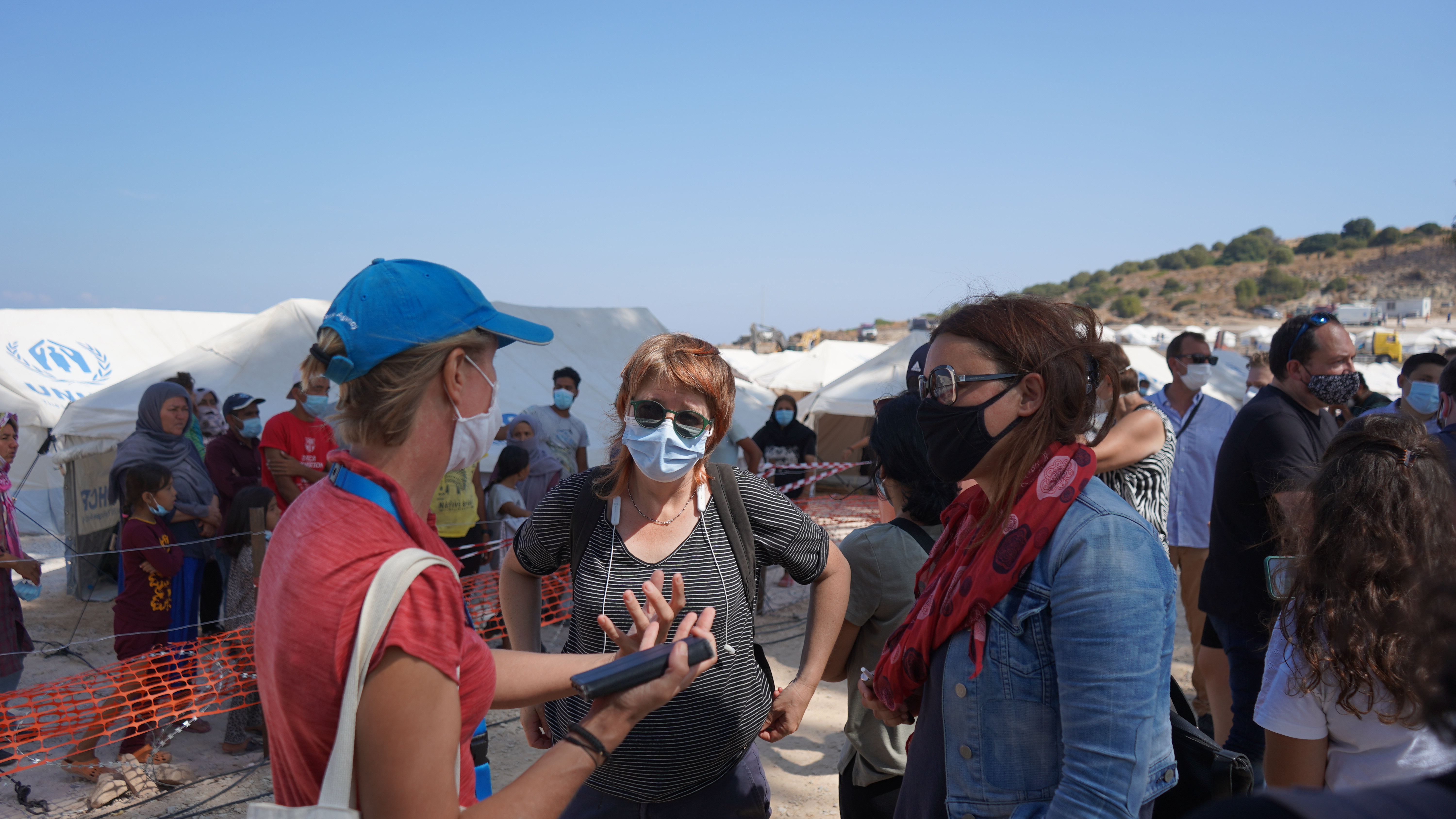 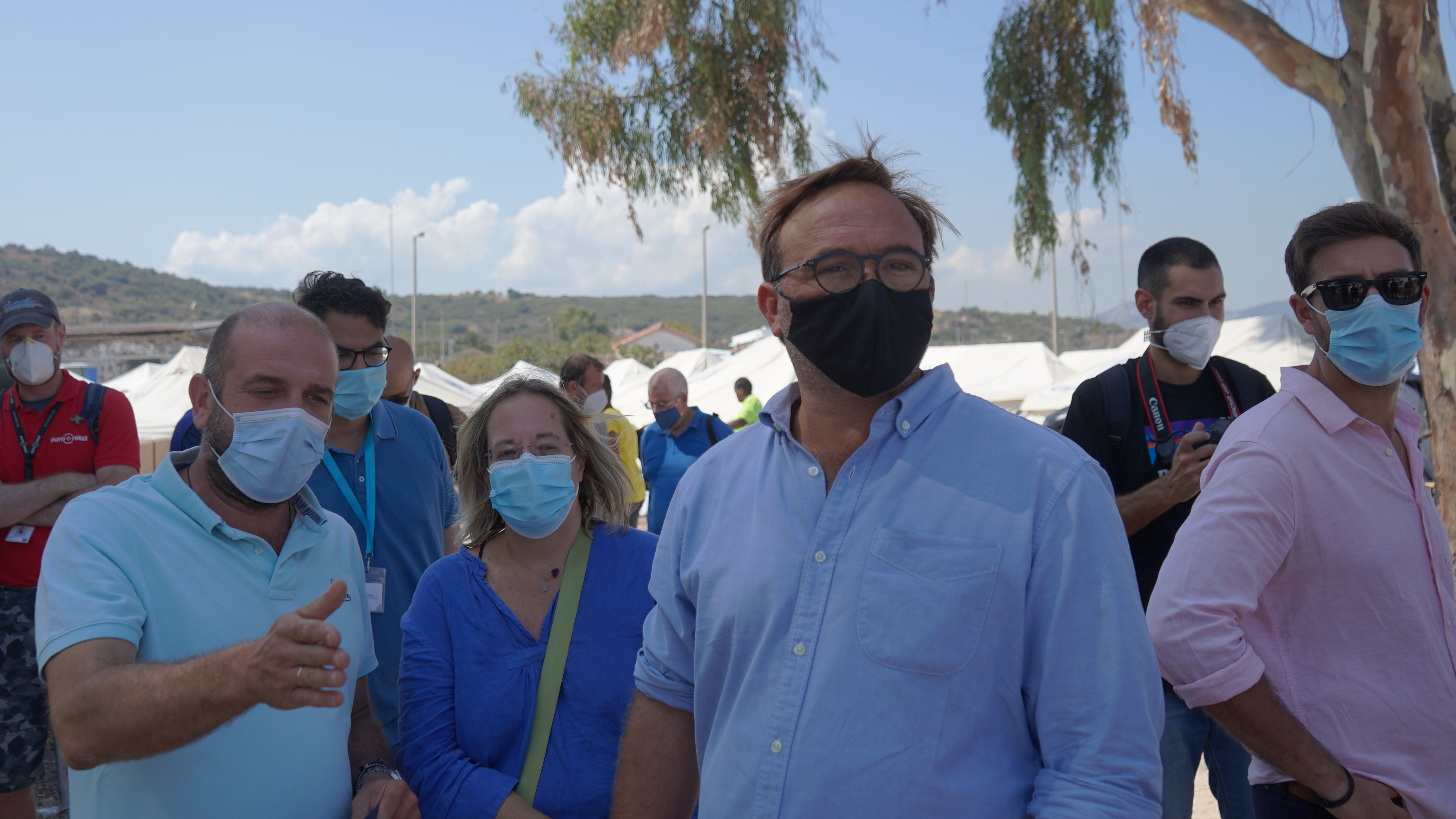 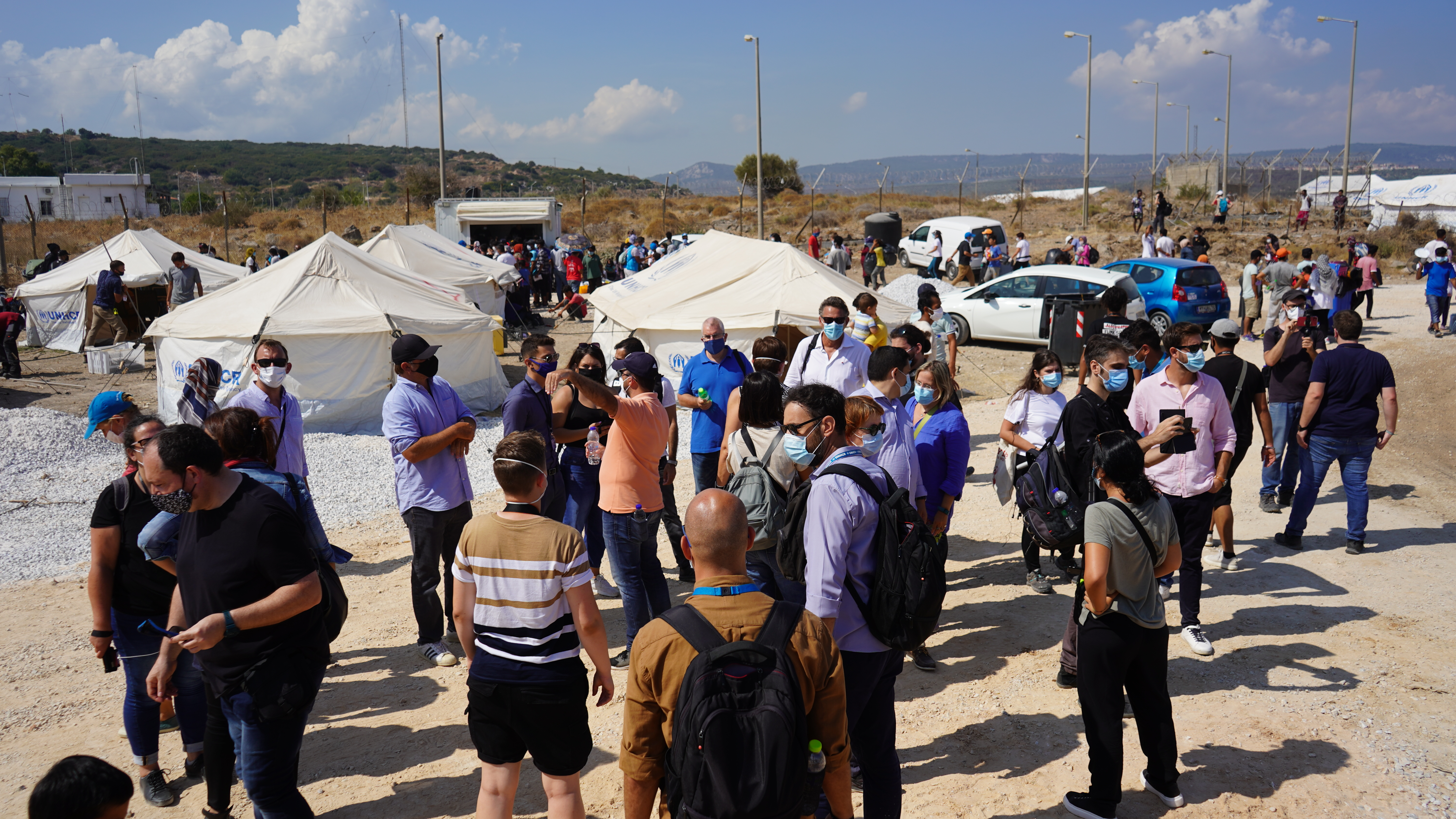 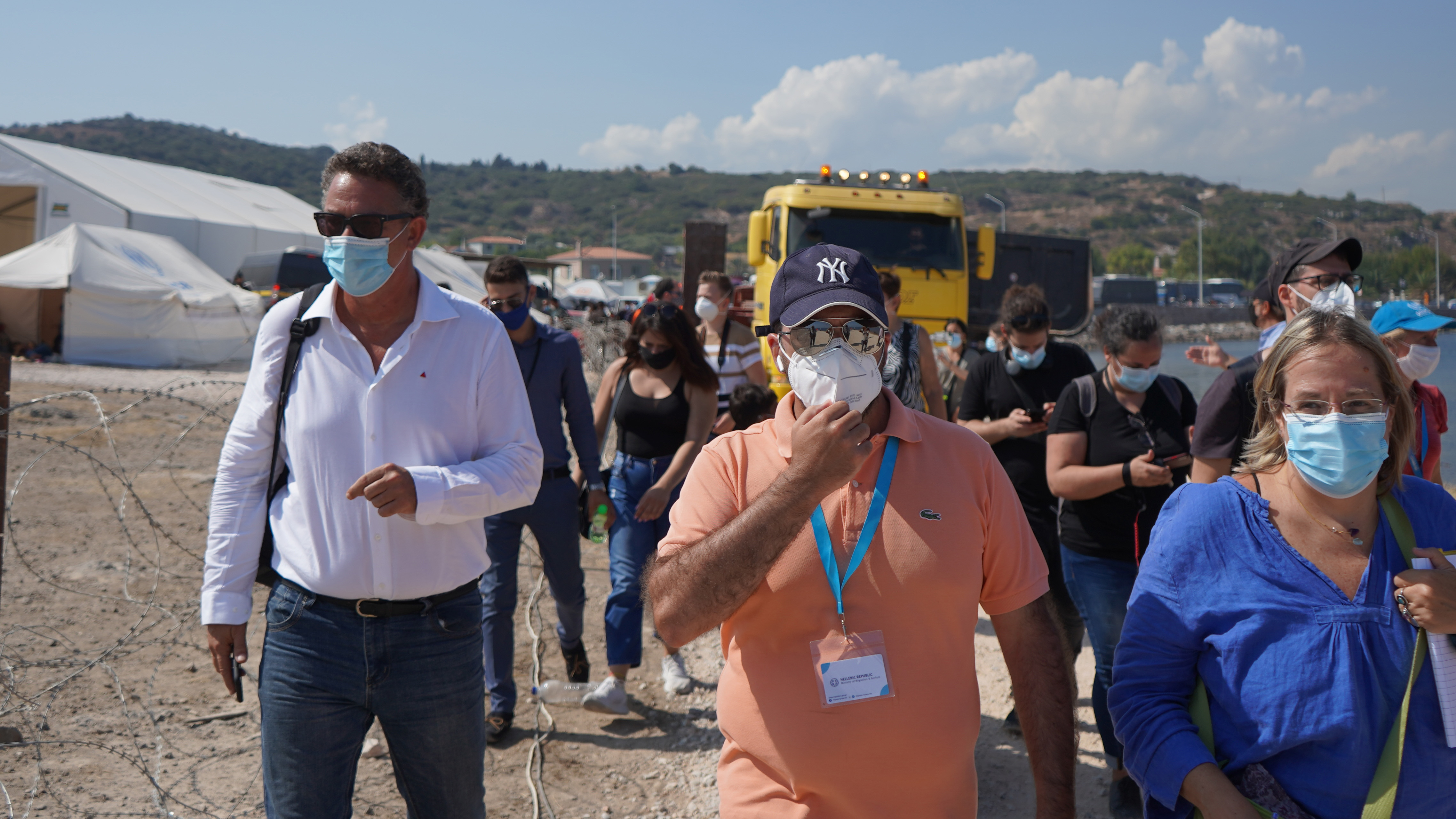 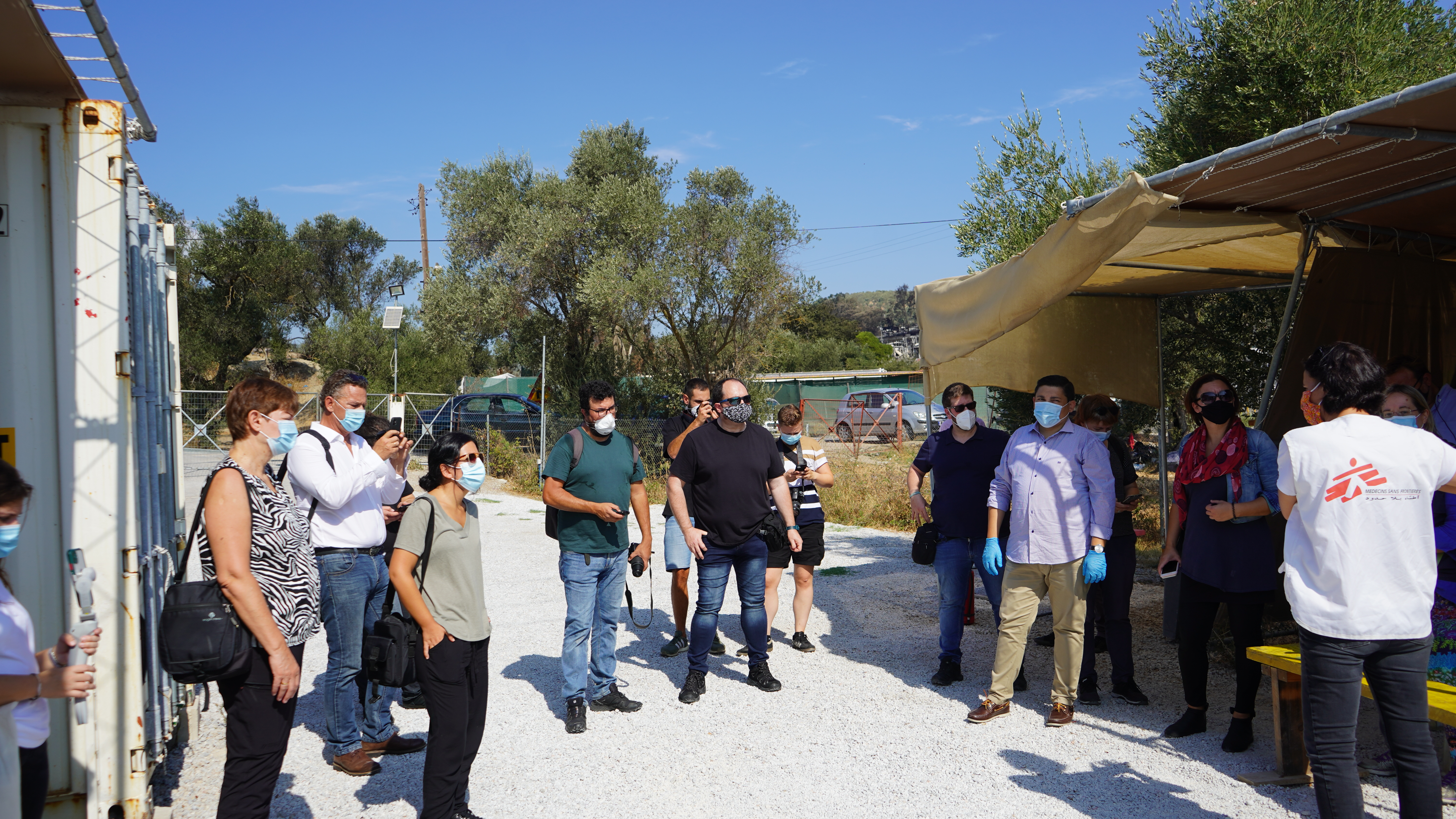 • Lack of sanitary facilities, lack of drinking water, unacceptable overcrowding conditions during the covid tests, extremely problematic conditions for the workers in the area, all compose a picture of sloppiness and indifference.

• The delegation of the European United Left - Northern Green Left (GUE-NGL) continues its visit to the island with a dense program of contacts with local bodies, workers and humanitarian organizations as well as press conferences in the local media.

The nine GUE / NGL MEPs, who have been visiting Lesvos island since yesterday morning, had to face images that do not correspond to a modern European country - let alone a member of the EU - as they would to a Mid-Eastern wartime zone!

After assessing the fire-annihilated camp in Moria, the GUE/NGL MEPs visited the site of the new makeshift camp in Kara Tepe, where the government, with a delay of days and inadequate health conditions, is hopelessly attempting to organize the housing of more than 10,000 homeless people wandering in despair since the day of the fire in Moria.

Lack of sanitary facilities, lack of drinking water, overcrowded conditions during the covid tests, problematic - even non-existent - infrastructure for the employees in the area, all compose a picture of sloppiness.

The MEPs, including Costas Arvanitis and Petros Kokkalis of SYRIZA-Progressive Alliance, visited the premises of the new camp, spoke with employees of humanitarian organisations and the refugees themselves, in contrast to the Vice President of the Commission Mr. Schinas who appeared to be quite content with a “bird’s eye” inspection of Moria.

GUE/NGL, in addition to its firm stance of solidarity with the Greek people, claims the overthrow of the dominant policy in Europe, which is responsible for the deadlocks and the unprecedented crisis, Lesvos is experiencing today.

The delegation of the European Left continues its visit to the island with a busy schedule of contacts with local agencies, workers and humanitarian organizations and tomorrow at noon will give a press conference to the local media. 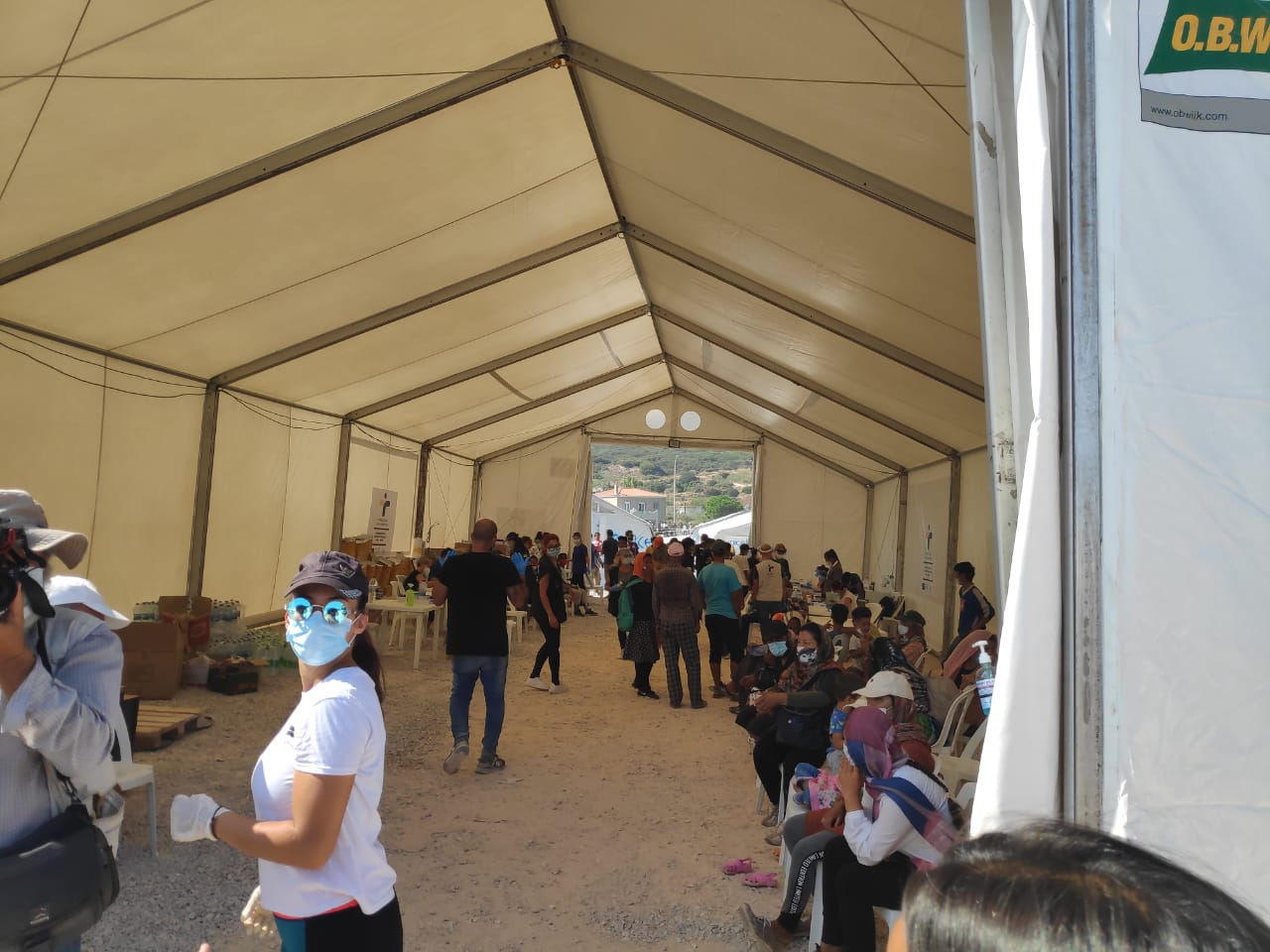 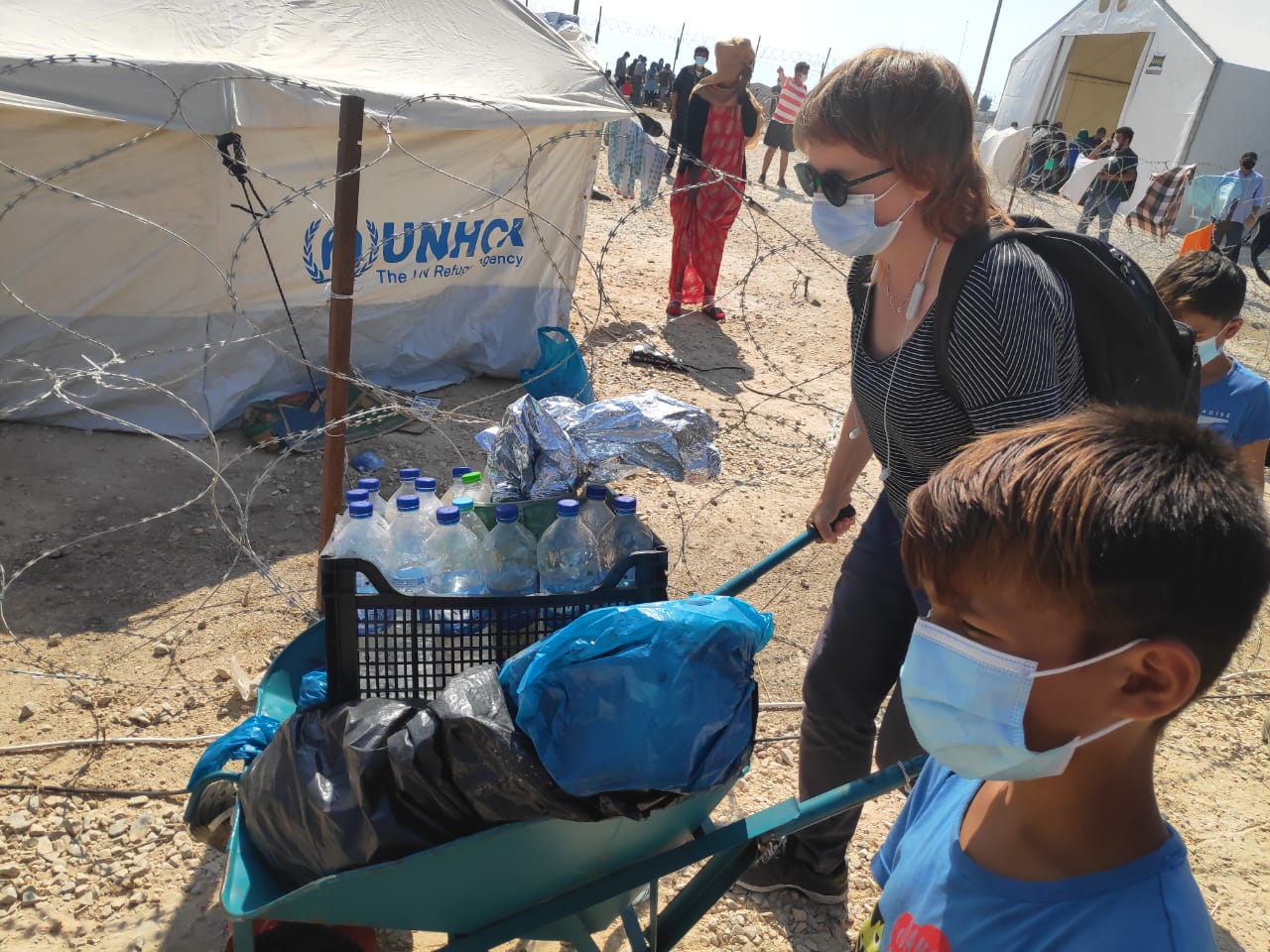 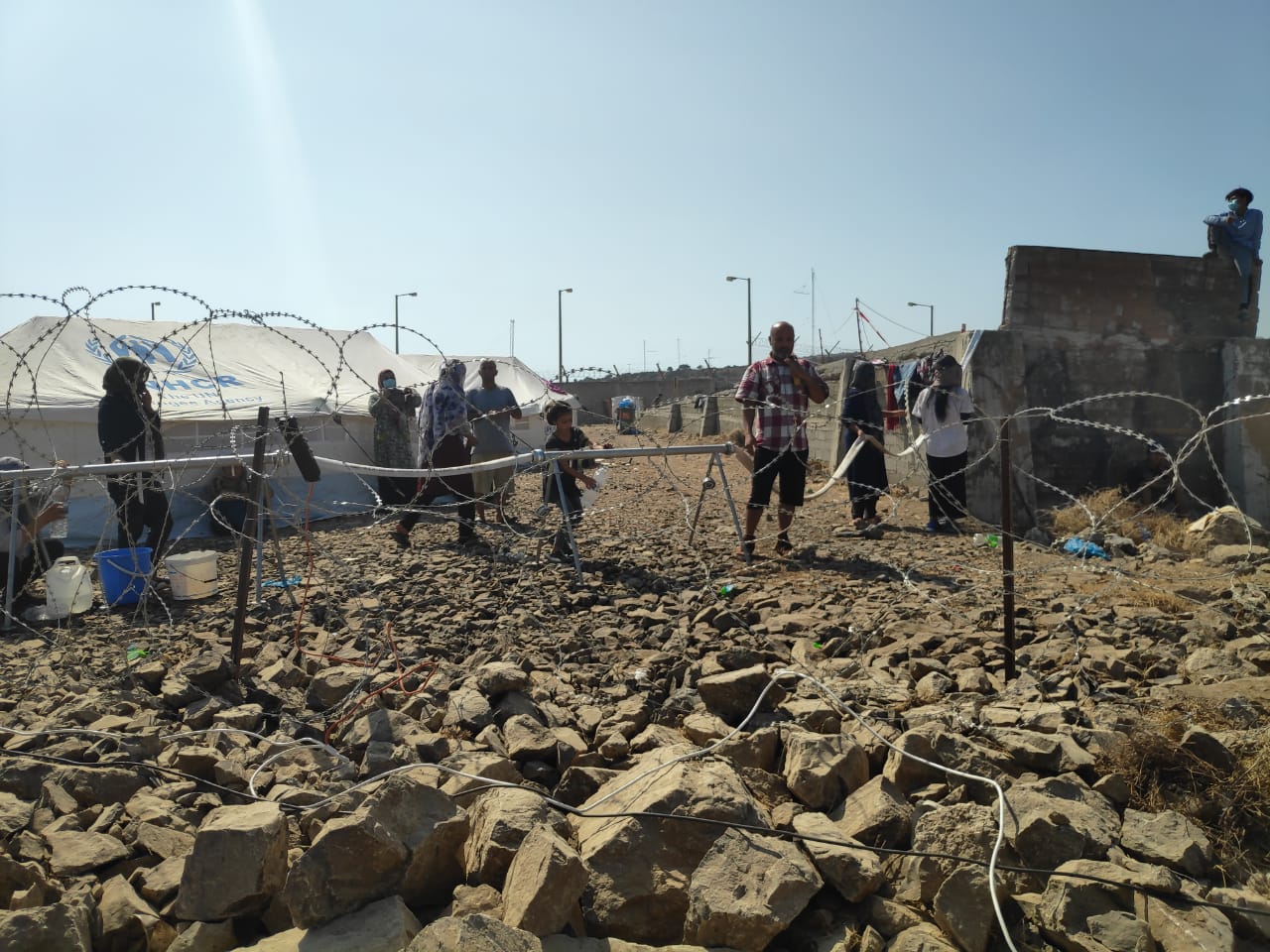 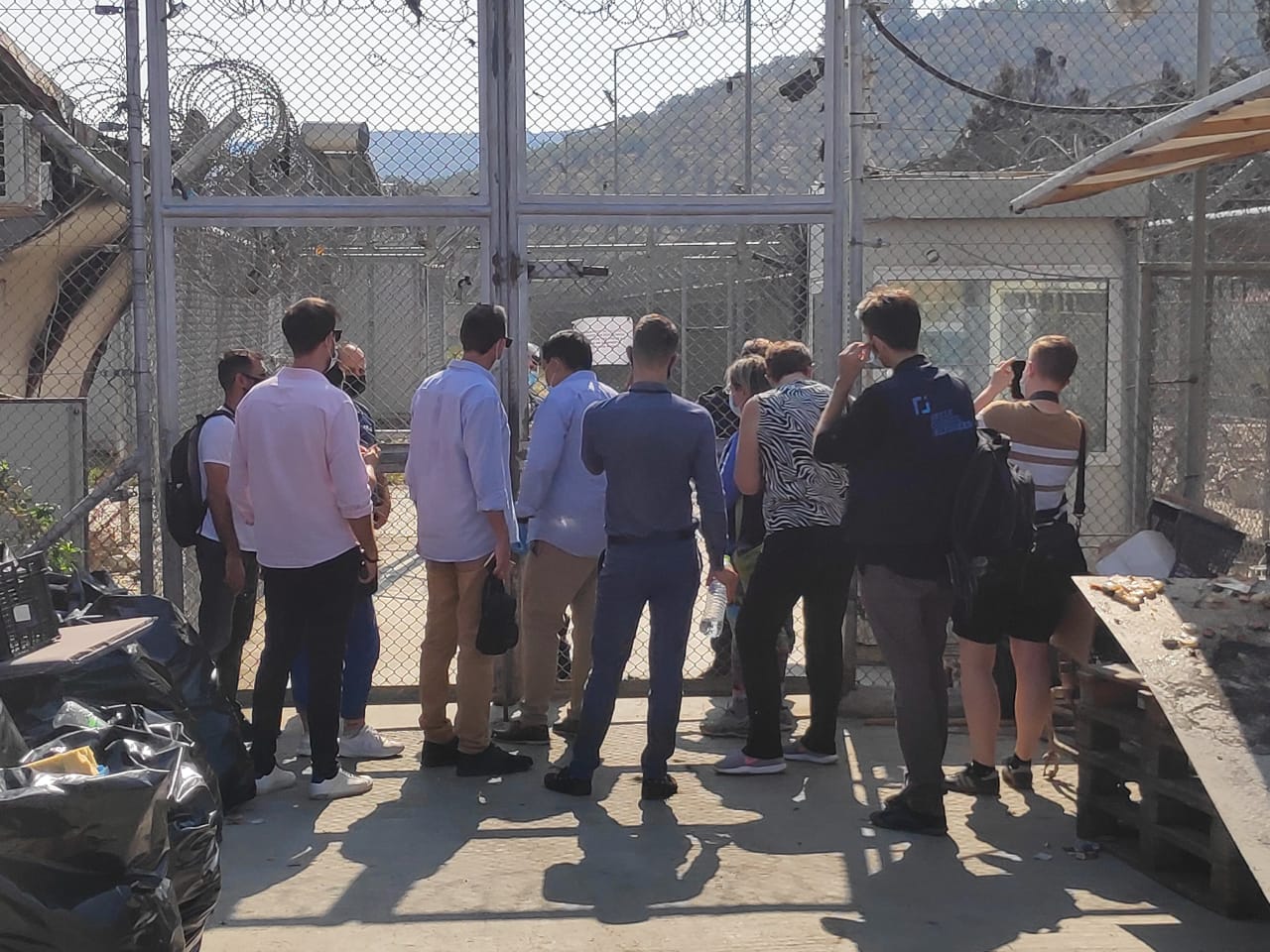 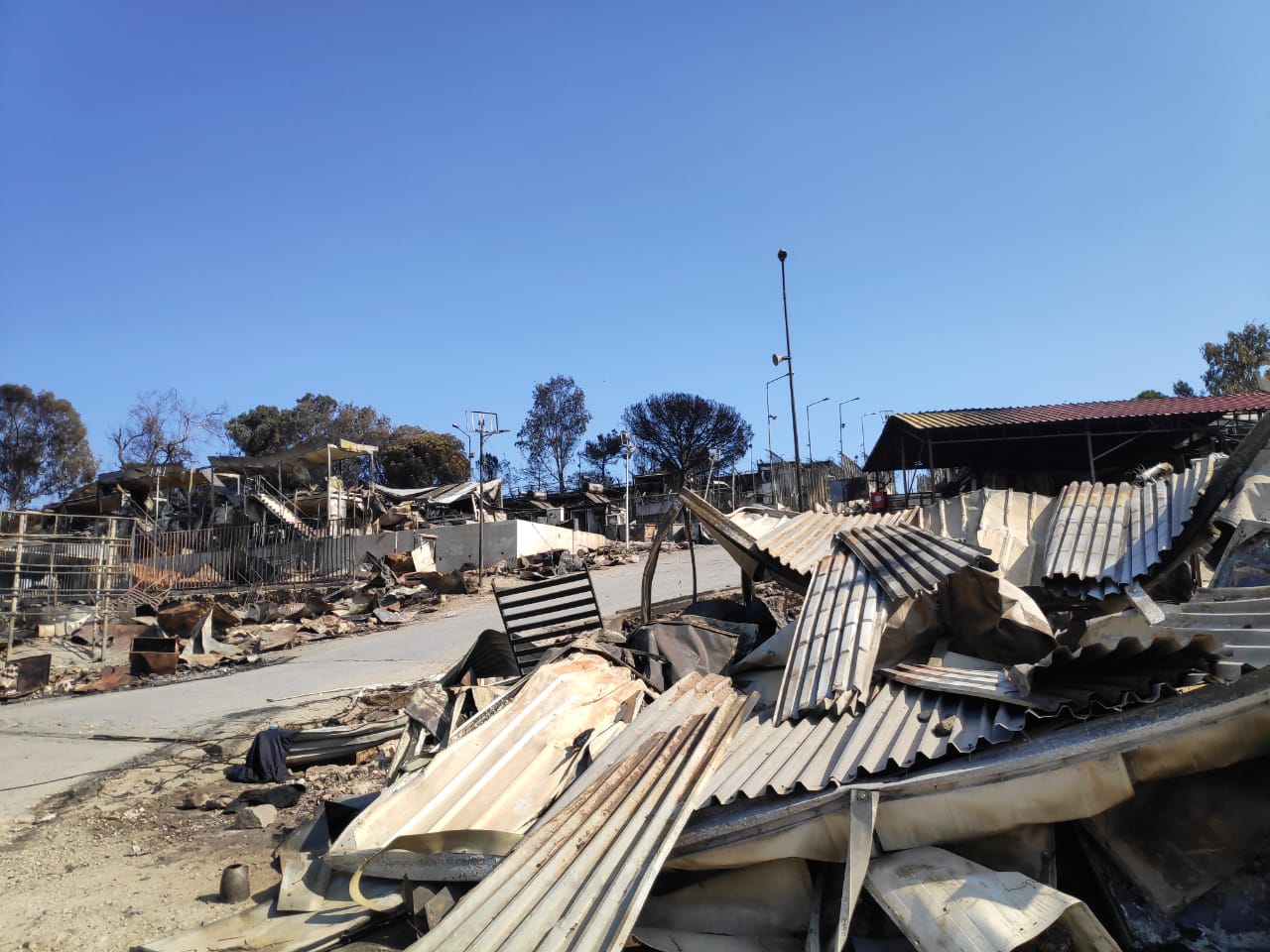 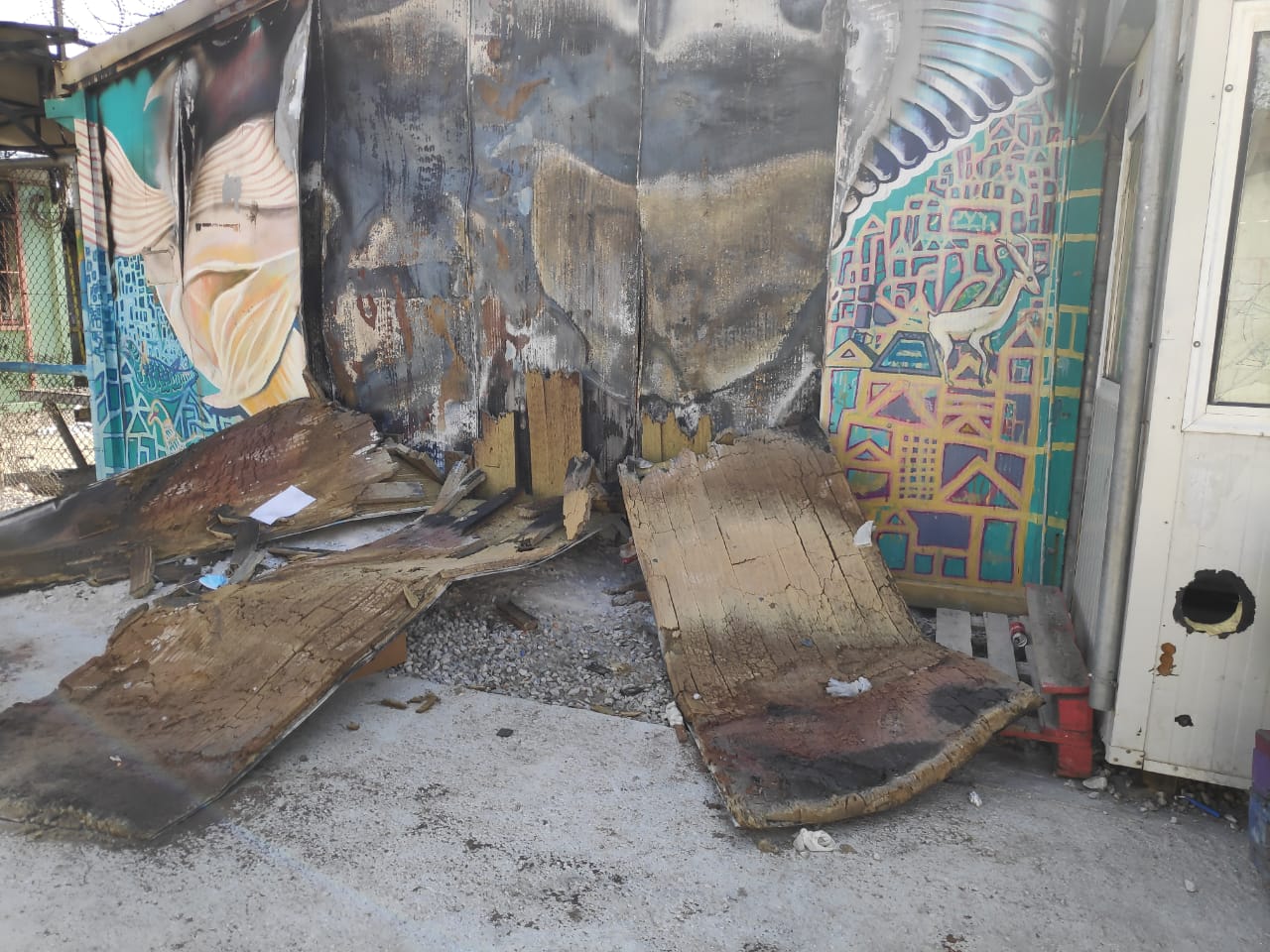 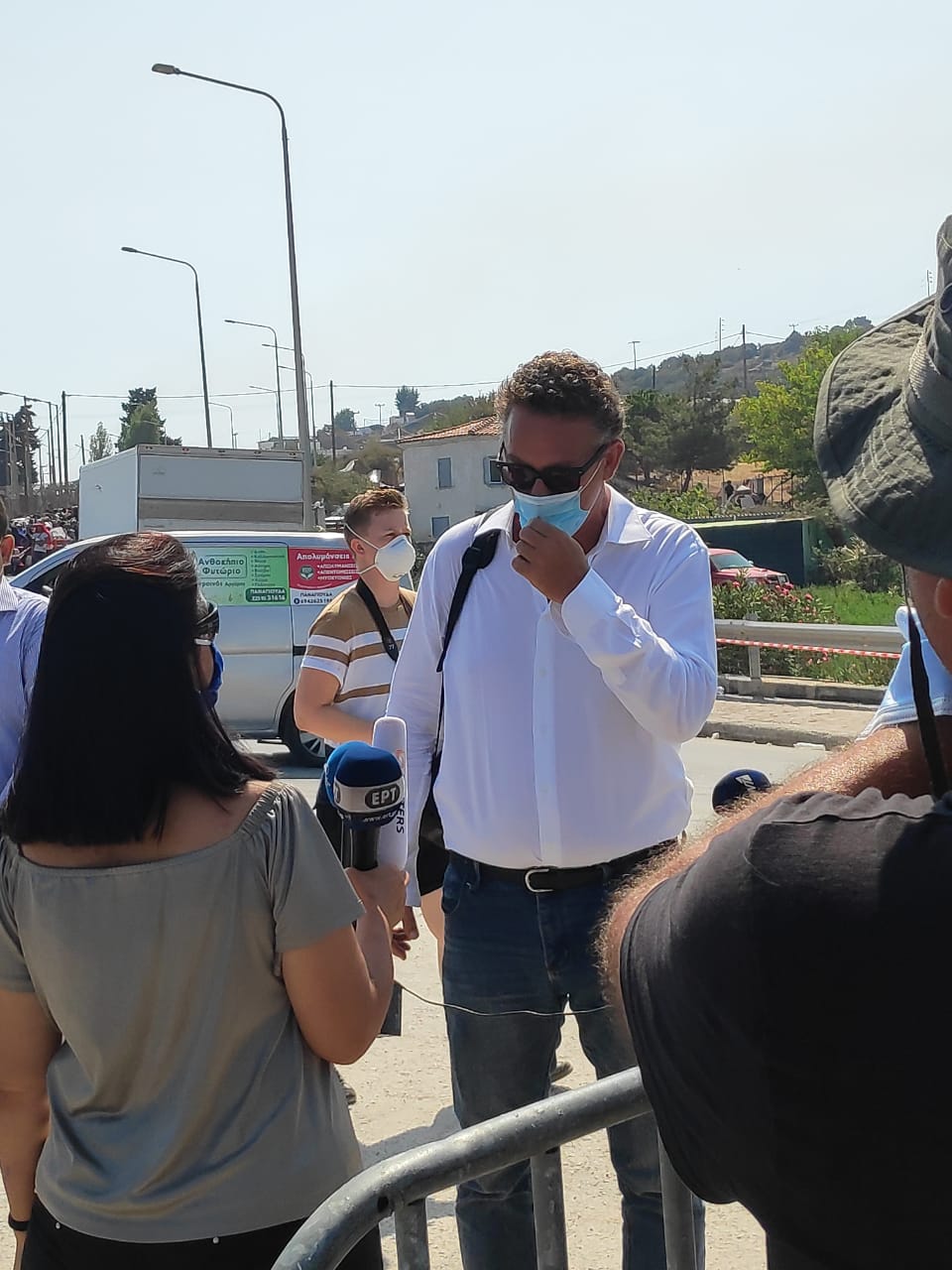 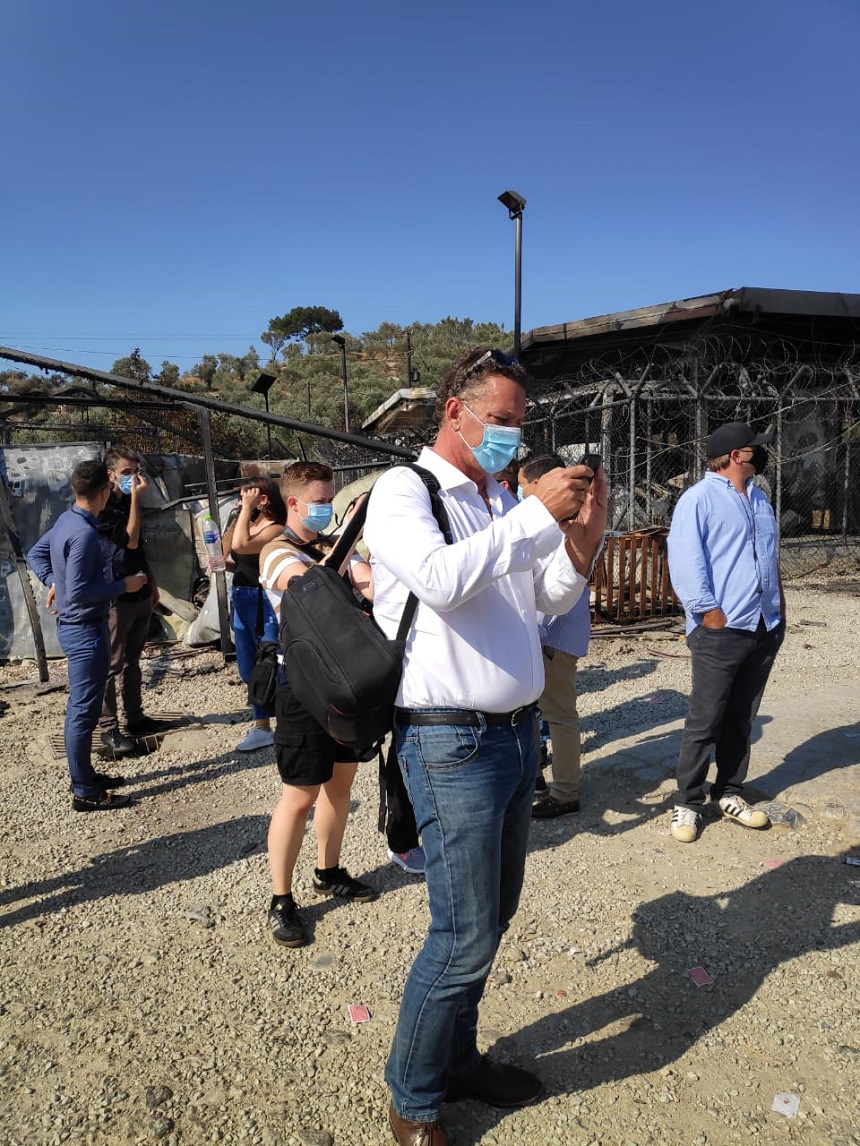 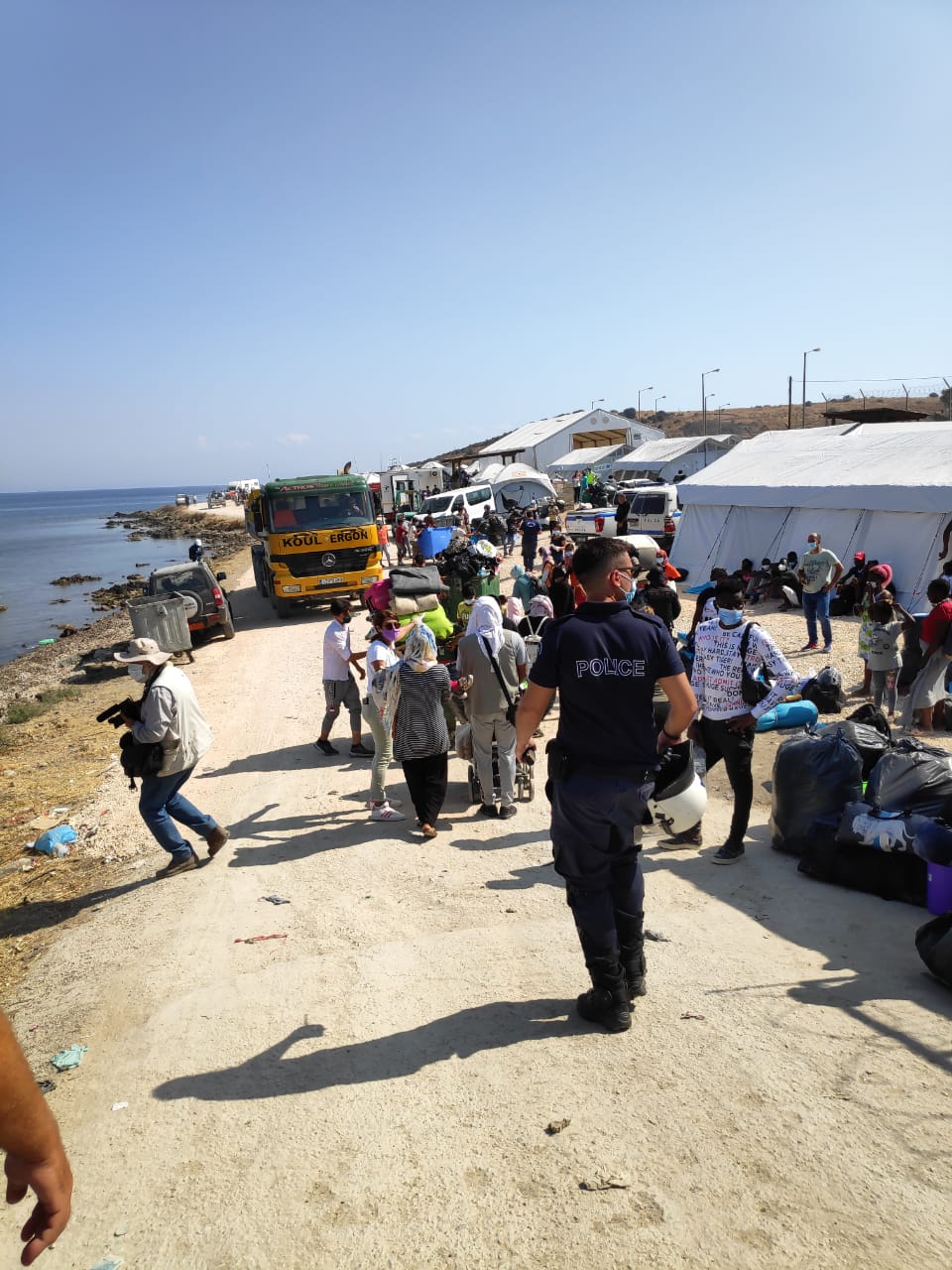