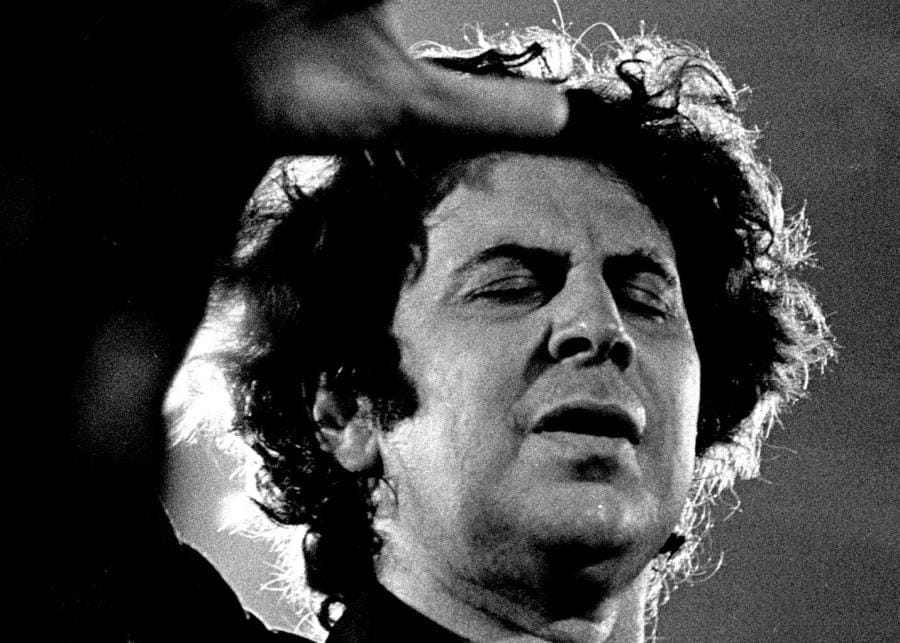 • Dimitris Papadimoulis: “The composer, the anti-fascist, the Zorba, the peace fighter, the Greek, the communist Mikis Theodorakis embodies in his face he political history of Greece itself— the world owes him a lot. We Greeks owe him a lot”.

• “His music managed to unite Greeks in its splendor, defining us nationally, politically, aesthetically and existentially. Even those who persecuted him know his work — perhaps especially them”.

The article – a farewell to Mikis Theodorakis, has been written by the President of the European Parliament and head of SYRIZA – Progressive Alliance delegation, Dimitris Papadimoulis in the online version of POLITICO newspaper “Politico”<-LINK article.

In this way, Dimitris Papadimoulis bids farewell to Mikis Theodorakis on his last trip, the great Ambassador of Greeks worldwide, the symbol of the Left and the Resistance.

You can find the full article in English below:

Α Farewell to Mikis Theodorakis (1925-2021)
(please always use the link of the original publication as a reference
https://www.politico.eu/article/mikis-theodorakis-obituary/ )
By Dimitrios Papadimoulis*

Especially today, words of farewell are not easy to write. People like Mikis Theodorakis are not born or die every day.
A composer, an anti-fascist, a Zorba, a peace fighter, a Greek, a communist — the world owes him a lot. We Greeks owe him a lot. And everyone knows why. Because everyone has danced to his music or sung his songs. Thanks to him, the Greeks learned their great poets, through his songs with lyrics by Yiannis Ritsos (Lenin Peace Prize 1976), Giorgos Seferis (Nobel Prize in Literature 1963), Odysseus Elytis (Nobel Prize in Literature 1979) and even Pablo Neruda (Nobel Prize in Literature 1971). In 2000, he was himself nominated for the Nobel Peace Prize.
Mikis not only defined an era, he came out of this era itself. As a young man, he did not live in times of democracy. He lived as an outlaw and member of the resistance against the German occupiers. Counting backwards before the restoration of the republic, he lived under dictatorship, post-civil war Greece, exile, civil war and Nazi occupation. He suffered exile, prison, censorship, torture and humiliation, hunger and loss.
The political history of Greece itself is embodied in his face. His concert at the fall of the junta of the colonels. His music for the film "Z" by Costa-Gavras, the symphonic work he composed while in exile on Makronisos and the national anthem of Palestine under Yasser Arafat. The song "We are two, we are three," which he sang with rapture along with the people at his concerts.
His music has been a companion in my life from the first time I remember hearing his songs, when I was 6 or 7 years old. Under the junta, we whispered his lyrics in secret. That`s because Mikis`s songs were banned in 1967. Not just certain songs, but all of them. You were not allowed to sing any of these songs, not even those that had no political content.
Some were love lyrics by the greatest Greek poets, others were simply lyrical, all of them were wonderful in the “Greekness” they exuded and the sense of freedom that resonated in them. If you were heard singing even one of their verses in public, it was enough for you to be arrested and taken to the police.
But we, young schoolchildren and then students, sang them secretly in our gatherings and for our first loves. During the anti-dictatorship uprising at the Athens Polytechnic in November 1973, Mikis’s songs became for us an act of resistance. We were now singing them openly in the street and they could be heard loudly over the loudspeakers. With them, we young people urged the people to revolt for the fall of the junta.
After that fall finally came, I met Mikis for the first time and shook his hand at a meeting of the United Left in 1974, when he was elected as a deputy from the working-class neighborhoods of Piraeus. I still remember his magnetic personality and the humility he exuded.
For our generation, Mikis was our living connection and our human contact with the Left. He dressed musically, educationally and culturally the course of our whole generation. And personally, he was one of the two people who defined me, at a time when as a young man I was looking for my political orientation. The other person was Manolis Glezos, the left-wing politician, journalist and symbol of resistance against both the Nazis and the junta.
Years later, at the time of the memoranda that brought Greece to its knees, I visited Mikis in the hospital where he was being treated for a serious health issue, one of the many he had toward the end of his life.
I shook his hand, he quickly brushed past my wishes for recovery and wanted to turn the conversation to politics. I remember him asking about the plans of Syriza and our leader Alexis Tsipras, as we were then on our way to governing the country. He declared, with that indomitable fighter spirit that has always characterized him, his optimism that he would soon be thriving again to contribute to our country`s fight against the guardianship of the Troika.
Today Mikis is the Mikis of all. Today, the radio stations will stop playing their mainstream playlists for a while and his music will be heard again — "Axion Esti" and "Small Cyclades".
Condensing the modern history of Greece in a way unique in the twentieth century, his music managed to unite Greeks in its splendor, defining us nationally, politically, aesthetically and existentially. Even those who persecuted him know his work — perhaps especially them.
We will remember him and praise him in eternity.