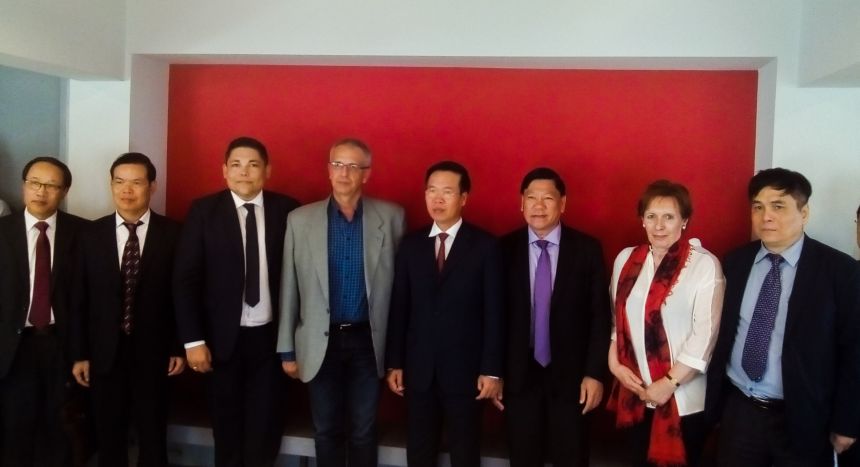 An official meeting took place on June 30th, at the Syriza headquarters, between Syriza leadership and a high-level delegation of the Communist Party of Vietnam.

The large delegation of the CP Vietnam visiting Greece is headed by Vo Van Thuong, member of the CPV Political Bureau and responsible for the CPV Committee on Information and Education.
At the meeting, Syriza was represented by the Secretary of the Central Committee Panos Rigas and Yiannis Bournous, member of the Political Secretariat of Syriza and Head of the European and International Affairs Sector.
The two sides briefed each other and exchanged views on current developments in their respective countries, on relations with the EU and the chances for a multilevel cooperation between Syriza and CP Vietnam as well as between the two countries.
The meeting ended with an agreement between the two parties on a further advancement of their cooperation and a CP Vietnam official invitation to Syriza to pay a visit in Vietnam.