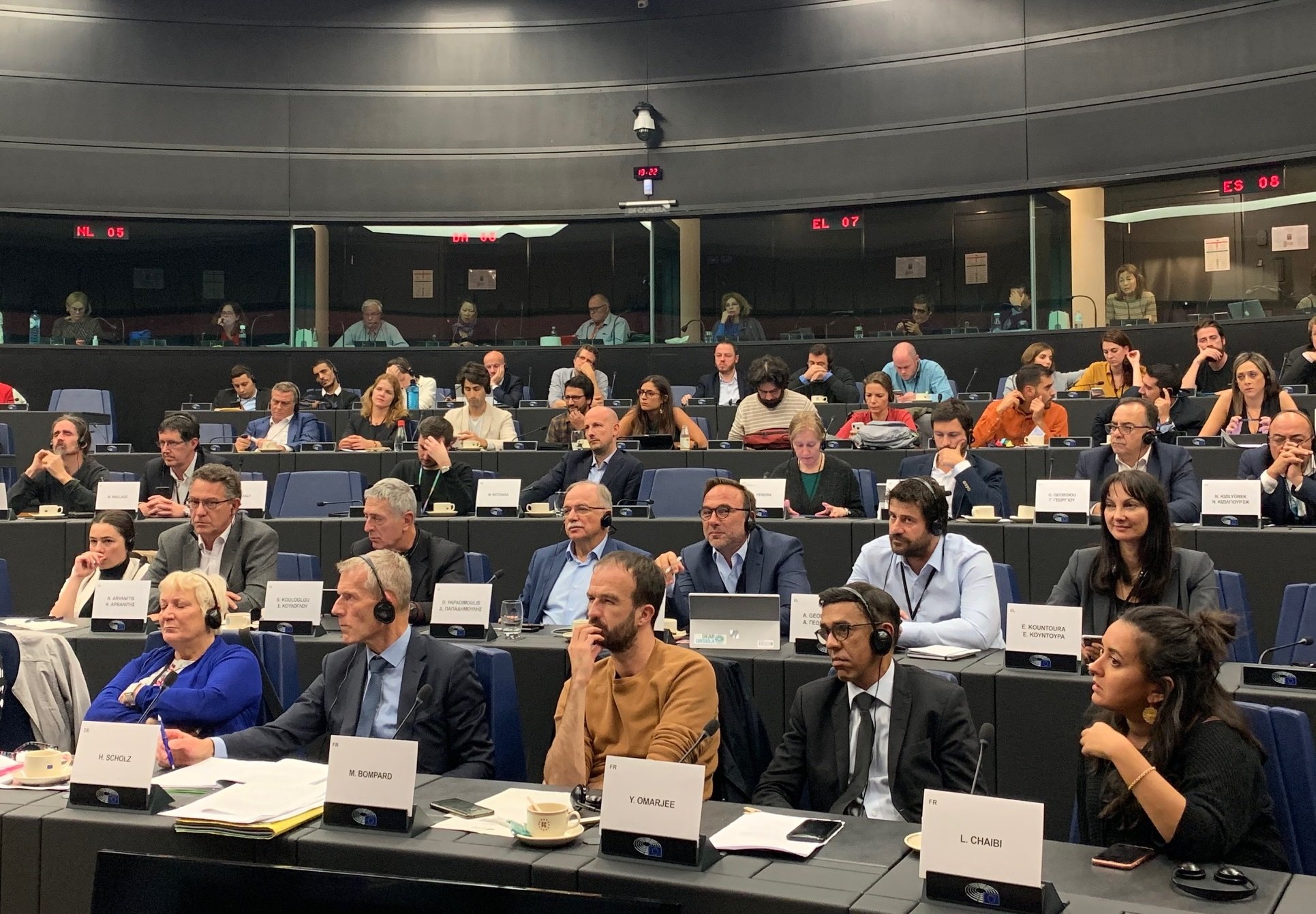 SYRIZA – Progressive Alliance MEPs submitted an urgent joint question to the European Commission, under the initiative of Alexis Georgoulis, asking to deter the unacceptable decision of the Supreme Court of Turkey, which violates the international law, converting a monument of special cultural importance, Hagia Sophia, into a mosque. The question is co-signed by the Vice-President of the European Parliament, Dimitrios Papadimoulis and the MEPs Kostas Arvanitis, Stelios Kouloglou, Petros Kokkalis and Elena Kountoura.

“This unacceptable move, that UNESCO and the High Representative for Foreign Affairs, Josep Borrell have already condemned, is a decision of high political significance. This fact as well as a number of others, prove the ‘constant islamisation’ that Mr. Erdogan and his party are trying to impose by abolishing Turkey’s ‘secular state’, which was founded by Kemal Ataturk”, SYRIZA – Progressive Alliance MEPs noted.
In the context of this unilateral act, which raises the issue of religious aggression, SYRIZA – Progressive Alliance MEPs ask the European Commission’s stance regarding a candidate country (for EU membership) that ignores the cultural diversity and the customs of its whole population.

The Turkish Supreme Court announced that it has annulled the 1934 government decree which turned Hagia Sophia into a museum in Istanbul, paving the way for the monument to be turned into a mosque, despite the international warnings against such an action.

You can find the question below:
Urgent Question to the European Commission and the Council

Hagia Sophia, a symbol of interfaith dialogue, is abruptly turned into a mosque. It has been considered officially as a World Heritage Site since 1985 as a masterpiece of architectural beauty, indicative of the interaction between Europe and Asia over the centuries, and is protected by UNESCO, with Turkey’s consent. In addition to the unprecedented deterioration of a building that has dominated Istanbul for more than 1500 years, this action will result in Turkey’s international responsibility for violating the UNESCO Treaties as ratified on March 16, 1983. This move, apart from being an unacceptable practice, which is already condemned by UNESCO itself and the High Representative for Foreign Affairs, Josep Borrell, is a decision of high political significance. This fact and a number of others, prove the ‘constant islamisation’ that Mr. Erdogan and his party try to impose by abolishing Turkey’s ‘secular state’, founded by Kemal Ataturk.

2. Since the temple is currently a museum, does the European Commission consider that such an action would cultivate religious hatred and intolerance? And is such an action appropriate for a candidate (of EU Membership) country, which should respect the cultural diversity and the customs of its population?